Are My Genes Right for That Drug?

Why pharmacogenomics will change the way we treat patients

Imagine if efficacy and safety issues with medications could be overcome with a simple test. Drugs have the potential to improve and save lives, but there’s no one-size-fits-all. A drug may work well for some patients but not for others and may even be harmful to other patients.

Pharmacogenomics (pronounced ‘FAR-muh-co-jen-NO-mix’) is changing the face of medicine by giving clinicians insights into a patient’s genetic profile and how that can influence efficacy and safety when taking a prescribed drug. Pharmacogenomics is the study of a person’s genetic profile as it relates to a response to medications. This information is a potential game-changer for clinicians, giving them quick insight into which drugs are likely to be effective or ineffective for a patient as well as dosing levels and specific side effects.

Advances in genomics and in the study of genetic variation have accelerated in recent years, vastly improving the potential for pharmacogenomics and personalized medicine. With detailed analyses of more than 150 drug-gene pairings1 available to clinicians, pharmacogenomics is no longer confined to labs and symposiums, but is instead already having a real-world impact on patients. Clinicians now have far more information about drug-gene pairings, an invaluable source when prescribing drugs to patients. For example, the enzyme cytochrome P450 2C19 (CYP2C19) affects a person’s ability to metabolize many commonly prescribed drugs, such as clopidogrel, a blood thinner used to prevent stroke, heart attack, and other heart problems. Studies have shown that patients who carry a variant form of the gene CYP2C19 have an increased risk of serious cardiovascular events when prescribed clopidogrel before balloon angioplasty or stent placement.

Pharmacogenomics has the potential to transform the approach to prescribing across all therapeutic categories. Focus is likely to turn to several widely used medications, such as steroids used to combat inflammation. Pharmacogenomic tests to assess the response to inhaled corticosteroids for asthma have been carried out with hopes that it will be easier to determine drug response with the aim of improving outcomes and reducing adverse events. Genetic information also can determine dosage. For example, some people (with one or two copies of CYP2C9 variant alleles) require a lower dose of warfarin to prevent potentially fatal bleeding.

One area that may benefit hugely from pharmacogenomics is Alzheimer’s disease, a condition that is projected to have a global cost to society of $20.8 trillion between 2015-2050. Researchers believe genomic factors may be the key to advancing the development of drugs that may finally prove more effective in treating the disease.

$20.8 trillion
The global projected cost to treat Alzheimer’s disease between 2015-2050

Realizing the potential of pharmacogenomics

To take advantage of these breakthrough insights in genomics, clinicians need ready access to potentially crucial drug-gene interaction data. The good news is there is increasing momentum among clinicians to advance pharmacogenomics. For example, the Dutch Pharmacogenetics Working Group (DPWG) has created a robust set of guidelines aimed at improving how healthcare organizations use pharmacogenomic information in clinical decision-making.

Regulators are similarly committed to pharmacogenomics. The US Food and Drug Administration has developed guidance on how drug companies can use biomarker information in their product labeling.

Breakthroughs in pharmacogenomics are also likely to come from growing consumer interest in their own genetic history, and even more so from the All of Us Research Program being carried out by the National Institutes of Health, which seeks to gather data from more than 1 million people living in the United States to accelerate research and improve health.

With so much energy and ingenuity already invested in genomics, there is genuine cause for optimism about the ability of this field to move into the mainstream over the next 5-10 years. How the healthcare industry, regulatory authorities, and the general public respond to these advances will be crucial to realizing this potential.

In our next article in this series, we will explore the ethical challenges, data and privacy issues and some of the other barriers to pharmacogenomics going mainstream. 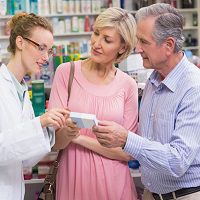 The need for retail pharmacies to transform themselves arises in response to a myriad of economic forces at play that have rewritten the rules of today’s current healtcare system.